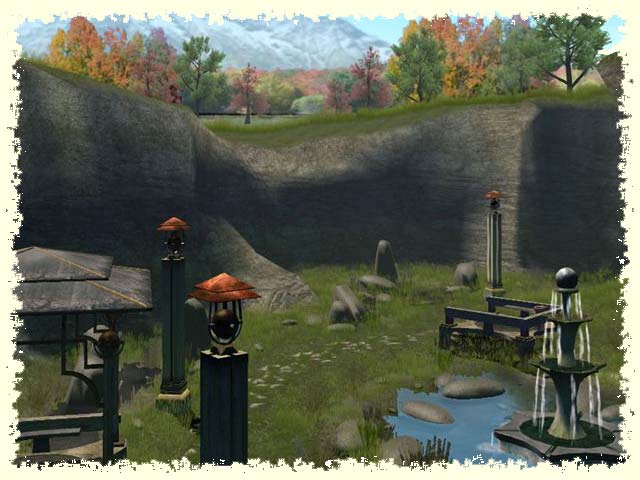 They did say, do not expect fireworks when the Cavern opens officially. It’s just marketing.
We did not get real fireworks, true, but… wohba!

People were gathering in the City, dancing, cheering and generally being happy. Once the City got full, they overflowed in the ‘hoods. So many people showing up in the Nexus!

Then, just to make our day worth, Nick White passed by and gave every ‘hood a Book to Eder Tsogahl (though now some ‘hoods got Eder Delin back). Luckily enough, Yeesha’s Journey is less buggy in Tsogahl than in Delin (maybe because she had more time to fine-tune it): the door lamps work, so we could get the thing open in just three tries, and now I got a second complete donut in my Relto. Hooray!

One of the funders also put some pics of two new Ages online: they’re both Pod Ages, and one of the two is certainly Negilahn. I can’t wait to go there…

To finish on a side note (just because it’s not launch related – it happened some days ago), the DRC forums are sort of back, and Ms. Alexander even hired some new ResEngs just to moderate the place. Thanks Cate!

Manage Cookie Consent
To provide the best experiences, we use technologies like cookies to store and/or access device information. Consenting to these technologies will allow us to process data such as browsing behavior or unique IDs on this site. Not consenting or withdrawing consent, may adversely affect certain features and functions.
Manage options Manage services Manage vendors Read more about these purposes
View preferences
{title} {title} {title}